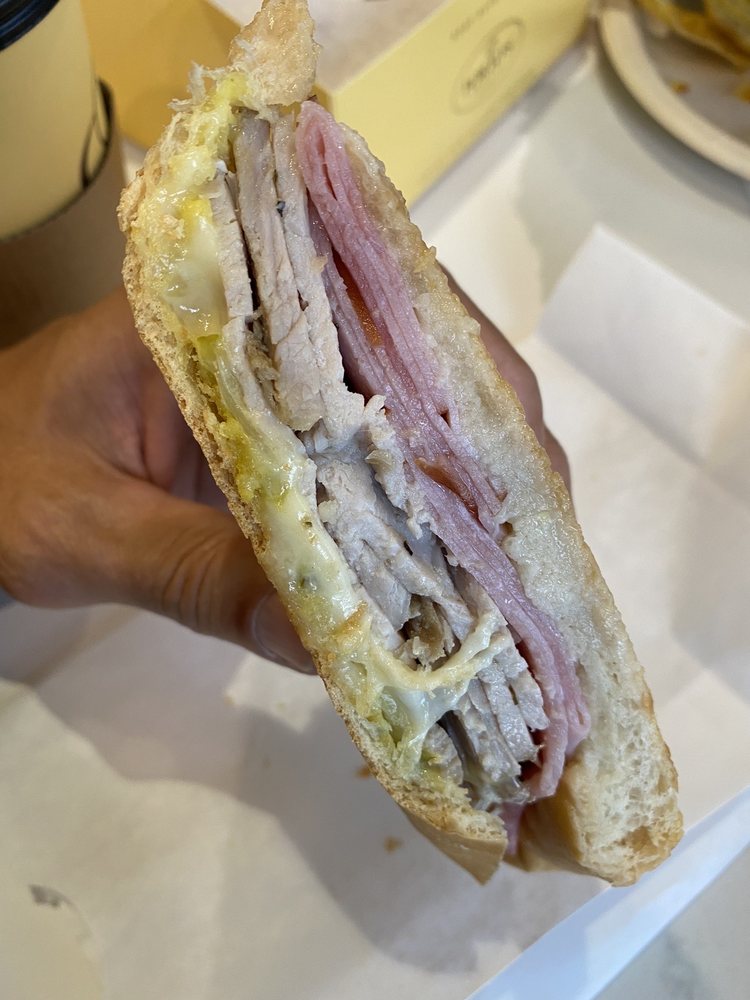 Tracing the History and Mouthwatering Flavors of the Cuban Sandwich

The Cuban sandwich, also known as a "Cubano," is a delicious and satisfying sandwich that has a rich history and a devoted following. With its mouthwatering combination of roasted pork, ham, Swiss cheese, mustard, and pickles, it's no wonder that the Cuban sandwich has become a beloved food all over the world. But where did this tasty sandwich originate, and how did it become such a popular and iconic food?
‍

The Cuban sandwich is believed to have originated in Cuba in the late 19th century, when Cuban immigrants living in the United States brought their traditional sandwich with them. The sandwich was a hit, and it quickly gained popularity in cities with large Cuban populations, such as Miami and Tampa. It has made it to LA with one of the best cubanos in town available from Versailles.
‍

The Cuban sandwich is typically made with sliced roast pork, ham, Swiss cheese, mustard, and pickles, all of which are layered between two slices of crusty Cuban bread. The bread is key to the Cuban sandwich, as it is a soft and slightly sweet loaf that is perfect for soaking up all of the flavors of the other ingredients.
‍

So, what makes a Cuban sandwich taste so delicious? One key factor is the quality of the ingredients. Using high-quality meats and cheeses, as well as fresh, crisp pickles and mustard, will help create a flavor-packed sandwich. Another important factor is the way the sandwich is prepared. Many of the best restaurants use a special press to grill the sandwich, which helps to melt the cheese and meld all of the flavors together. Check out another great cubano from the Porto's Bakery menu!
‍

The Cuban sandwich is a delicious and satisfying food with a rich history. Originating in Cuba and popularized in the United States, this sandwich is made with a combination of roast pork, ham, Swiss cheese, mustard, and pickles, all of which are layered between two slices of crusty Cuban bread. Using high-quality ingredients and proper preparation techniques, the best restaurants can create truly mouthwatering Cuban sandwiches that are sure to satisfy any appetite.