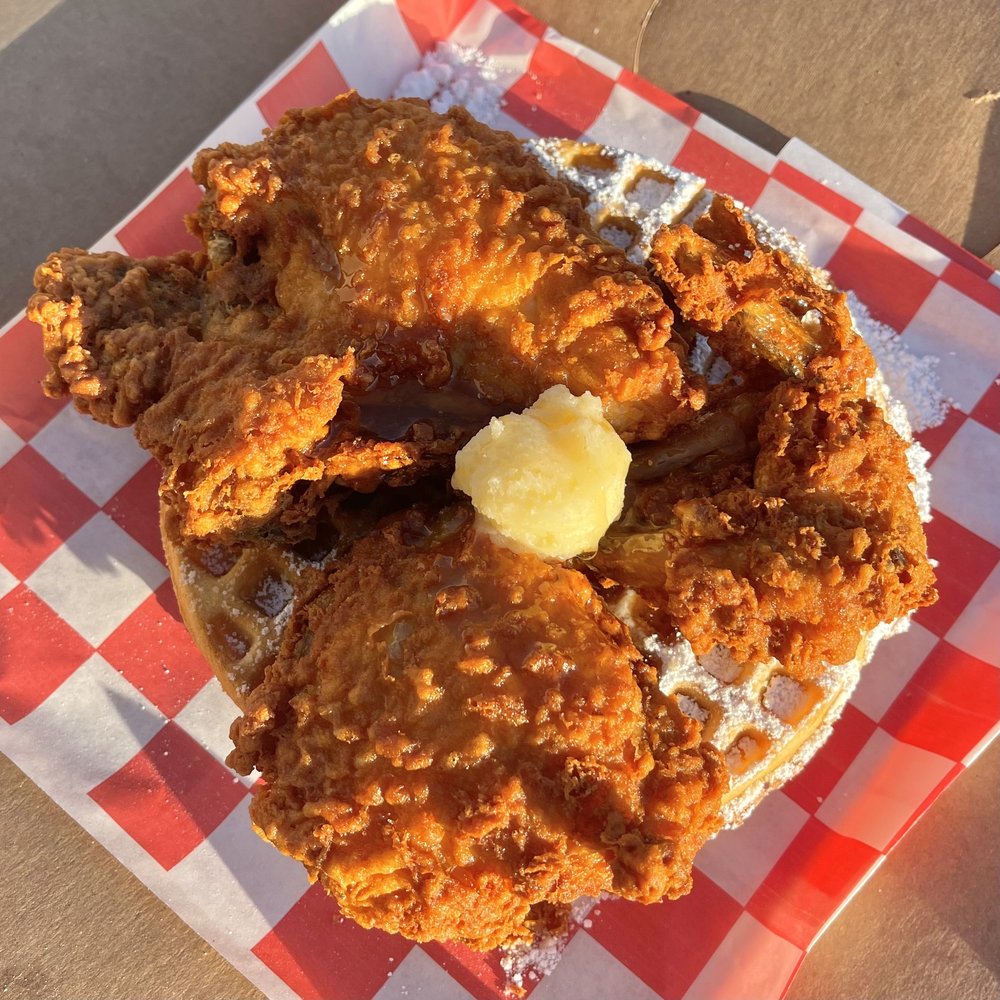 From Harlem to LA: A Brief History of Chicken and Waffles and Where to Find the Perfect Plate in Los Angeles

Chicken and waffles is a popular dish that has a long history in Los Angeles, and it is a beloved meal that can be found at restaurants and food trucks throughout the city. But where did this delicious combination of fried chicken and waffles come from, and why has it become so popular in LA?
‍

The origins of chicken and waffles can be traced back to the 1930s, when it was served at the Wells Supper Club in Harlem, New York. This dish was originally created as a way to cater to late-night jazz musicians, who would often perform at the club until the early hours of the morning. The combination of savory fried chicken and sweet waffles was a hit, and it eventually spread to other parts of the country, including Los Angeles.
‍

In LA, chicken and waffles became particularly popular in the 1960s and 1970s, when it was served at a number of soul food restaurants and diners. Today, chicken and waffles can be found at a wide variety of restaurants, like the famous Roscoe's House of Chicken and Waffles, and food trucks throughout the city, and it is a beloved and iconic dish that is enjoyed by people of all ages.
‍

So what makes the perfect chicken and waffles? The key is to find the right balance between the savory fried chicken and the sweet waffles. The chicken should be crispy and juicy, and the waffles should be light and fluffy. Some people prefer their waffles plain, while others like to top them with syrup, butter, or fruit.
‍