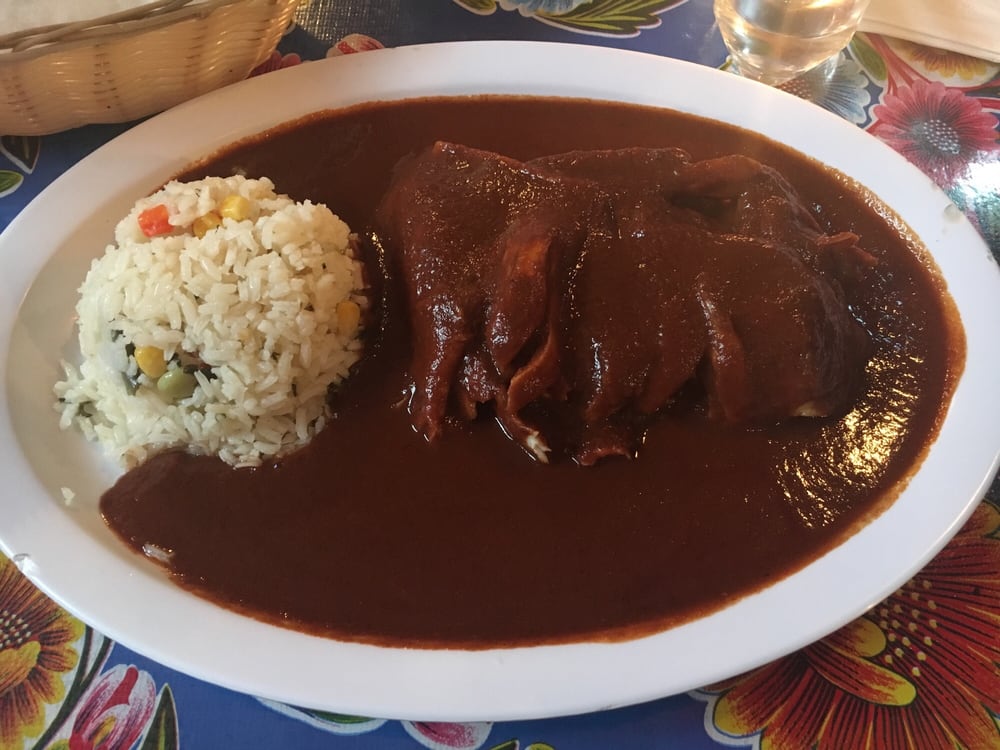 Exploring the Rich History and Delicious Variations of Mole in Mexican Cooking: From Puebla to Los Angeles

Mole is a traditional Mexican sauce that has a rich and complex flavor, and it has a long history in Mexican cooking. The word "mole" is derived from the Nahuatl word "molli," which means "sauce," and it has been a staple of Mexican cuisine for centuries.
‍

Mole is made by grinding a variety of ingredients, including chili peppers, nuts, seeds, and spices, into a paste and cooking it with broth to create a thick and flavorful sauce. There are many different variations of mole, and the ingredients and proportions can vary widely depending on the region and the specific recipe. Some common ingredients in mole include chocolate, peanuts, sesame seeds, and raisins, which give the sauce its unique and complex flavor.
‍

Mole has a long history in Mexican cuisine, and it is often served at special occasions and holidays. It is believed to have originated in the state of Puebla, where it is still a popular dish.
‍

Mole made its way to the United States in the early 20th century, when Mexican immigrants brought their traditional recipes with them. It has since become a popular dish in many parts of the country, including Los Angeles.
‍

There are many reasons why people love mole, and what makes a mole delicious is largely a matter of personal preference. Some people prefer a mole with a deep, rich flavor, while others prefer a lighter and more delicate sauce. In general, a good mole should have a well-balanced flavor, with a combination of sweet, spicy, and savory elements. It should also have a smooth and velvety texture, and it should be thick enough to coat the food it is served with.
‍

If you're looking to try mole in Los Angeles, there are many restaurants that offer it as a menu item. From popular local Mexican restaurants like Guelaguetza to more upscale dining establishments like Madre (try one of their 6 flavors, or get the combo!), you can find a wide variety of mole dishes to enjoy in LA. So next time you're in the mood for something warm and comforting, give mole a try and see for yourself why it is such a beloved and enduring part of Mexican cuisine.